THE MOST INVESTIGATED YET UNSOLVED MURDER IN BRITISH HISTORY

AS MENTIONED IN THE RECENT LINE OF DUTY TV DRAMA

The Daniel Morgan Murder Inquiry Report was due to be released to the Public on Monday 24th May 2021 and is likely to uncover massive CORRUPTION in the Police among other dubious things..

UPDATE: HOME SECRETARY PRIT PATEL HAS DELAYED PUBLICATION AS PER

And also take a look at this Guardian Article here

HOWEVER IT WAS FINALLY RELEASED TODAY 15th JUNE 2021

You can download and read the 1,200+ paged report here

SOME NEWS STORIES FROM TODAY 15th JUNE 2021 ABOUT REPORT RELEASE

Those of you in England (or those who use a UK ISP Spoofer) can also watch the Recent Channel 4 Documentary MURDER IN THE CAR PARK about the Whole Daniel Morgan Murder Mystery and as you watch you will see Mazher Mahmood pictured and mentioned.

THREAD FROM TWITTER BY Dr. EVAN HARRIS WELL WORTH READING

Thread from the Daniel Morgan Panel Report that you won't read in the press.

1/8 The Mirror Editor at the time was Piers "I knew nothing" Morgan, and the NoTW Editor was Phil "How am I supposed to know" Hall, and his deputy had just been Rebekah "I don't recall" Wade. pic.twitter.com/q0hsipYXiW

Thread from the Daniel Morgan Panel Report that you won’t read in the press. 1/8 The Mirror Editor at the time was Piers “I knew nothing” Morgan, and the NoTW Editor was Phil “How am I supposed to know” Hall, and his deputy had just been Rebekah “I don’t recall” Wade.

2/ The NoTW Editor who excused surveillance of a murder inquiry head on the basis that DCS Cook was having an affair with his well-known wife (and mother to their two children) was Rebekah “I know all about affairs” Wade.

3/ The Panel concludes that the News of the World probably instigated intrusive surveillance into a senior police officer in order to DISRUPT A MURDER INVESTIGATION. The journalist was soon promoted to Irish Editor, and the Editor, Rebekah Wade, to S*n Editor, and is still CEO

4/ The Mirror Editor who was receiving illegally obtained (by bribes) Special Branch Intel Bulletins has not been named. The Editor of Sun Mirror was Colin Myler, of Daily Mirror was Piers Morgan (also said to be Editor-in-Chief of Sun Mirror) and of The People was Neil Wallis

6/ The Report is highly critical of the relationship between senior Met officers and the Murdoch press, resulting in fat payments after retirement to the cops from the newspaper group for columns and articles, including one down-playing phone-hacking in 2009.

8/ Finally, Home Sec just misled the Commons saying “the Govt formally consulted Sir Brian Leveson on whether to resume Part 2, and concluded that it was no longer appropriate, proportionate, or in the public interest” but not pointing out that Leveson “fundamentally” disagreed.
ALL ABOVE EIGHT TWEETS QUOTED FROM – https://twitter.com/DrEvanHarris 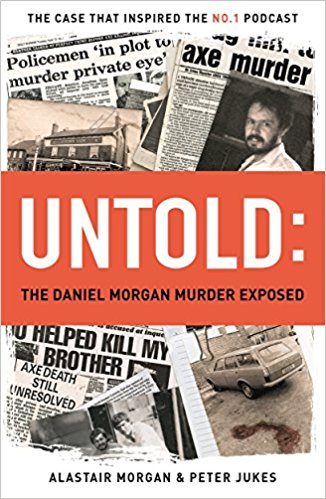 I keep mentioning Mazher Mahmood as his levels of Dishonesty and Illegal Activities in Hacking peoples phones, The use of Private Investigators for illegal information gathering, drugging and spiking peoples drinks, intimidating & threatening people and a whole bunch of other unethical and illegal activities are yet to be fully exposed to the general public at large.

SOME INTERESTING DOCUMENTS RELATING TO THE MURDER

LOOK AT AN ARTICLE PUBLISHED TODAY 17th MAY 2021