Hypnosis Hall of Fame Inductee, British Hypnotist Jonathan Royle is proud to announce that he Has been Appointed as an official Adviser to the “Men’s Suicide Prevention With Hypnosis Week” Campaign by Merseyside (Liverpool) based Hypnotherapist Phil Steele the founder of the Campaign.

Royle, aged 41 of Spotland, Rochdale, Greater Manchester has been appointed as Session Structure & Safety Adviser for the Campaign due to his role as President of The Association of Complete Mind Therapists (ACMT) and also the fact that he was one of Phil Steeles original Hypnotherapy teachers.

Scheduled to take place from Monday 24th April up to and including Sunday 30th April, the idea is that Hypnotherapists and other Mind Therapy Practitioners around the World offer some Free One to One or Group treatment sessions to help Men who are suffering from Extreme Stress, PTSD, Anxiety and other issues that are often contributing factors to people feeling that there is no escape and taking their own lifes.

Figures show that around 76% of Reported Suicides each year are Men and it is likely this is because Men are usually far less likely to go and seek help from a Professional.

On the 9th of January this year, the British Prime Minister Theresea May announced a new Suicide Prevention Strategy with a focus on high risk individuals like young and middle aged men.

With these alarming figures in mind, the aim of the week is for Hypnotists around the World to offer support, help and Self-Hypnosis Training at no charge and to ultimately make it more socially acceptable for Men to feel comfortable and safe enough to seek Professional help when they need it rather than trying to cope on their own.

The initiative was created by Liverpool (UK) based Hypnotherapist Phil Steele and has been supported by “The Association of Complete Mind Therapists” (ACMT) and its President Dr. Jonathan Royle who has put together a “Complete Mind Therapy” Treatment Session Structure and Health & Safety Advice package which is available at no charge to all therapists who wish to take part during the campaign week.

These complimentary events are intended as a preventive measure for those suffering from Stress, Anxiety, Depression, PTSD and other similar issues.

They are not intended for people who are currently suicidal, such people should contact their Medical GP as a matter of urgency and of continue taking any medication they may have been prescribed.

Dr. Jonathan Royle the President of “The Association of Complete Mind Therapists” has also recorded a virtual online treatment session for those who may be housebound or currently unable to attend a live event for other reasons and this can be participated in at no charge via his website.

Hypnosis is kind of like anti-virus software for your brain and using Self-Hypnosis techniques it is often possible to remove negative thoughts, feelings, emotions and programmes and replace them in our personal neck-top computers with far more positive and empowering ones.

Keep an eye on your Local Media and the Social Media pages of your local Hypnotherapy Practitioners to see where and when they announce they are running one of these sessions as part of the campaign.

And above all else remember that Suicide is nothing more than a permanent solution to what needs only ever be a temporary problem when you seek help from a Professional as a matter of priority.

It’s time for Men to stop suffering in silence and realise that it is not weak or cowardly to accept the help that is out there for them, from their Medical GP to the Samaritans and during the last week of April from Hypnotists around the world at no charge!

MORE INFORMATION ON THE WEEK LONG EVENT AND HOW THERAPISTS AROUND THE WORLD CAN TAKE PART CAN BE FOUND AT:

And this Press Release Can also be seen (and downloaded as a PDF) from:

I’m sharing this video, to illustrated why I am so positively motivated to be involved in the excellent Campaign being formulated by friend, Colleague and Hypnosis Student Phil Steele to Help Reduce Male Suicide Rates.

Born Plain Alex William Smith on 13th August 1975 and now known as Hypnotist Dr. Jonathan Royle, in this short video Royle Reveals some of the events in his early life that led to his first (yes there were others) Suicide Attempt and how ultimately this led to him learning Hypnotherapy to sort out his own problems and to then help others.
THIS LONGER VIDEO GOES INTO MORE DETAILS ON HIS LIFE:
And at the following link is THE REAL TRUTH & FACTS about the Controversy involving
the now disgraced former “News of the World” & “Sun on Sunday” Journalist Mazher
Mahmood aka “The Fake Sheikh” that did indeed at one time also lead Royle to another Suicide attempt ..

An Image I used the Day the News of the World Shut its doors for good, when I gave away my book EXPOSING them and various journalists for Free for 48 Hours.

Fortunately he was able to overcome his issues and went on to help people all over the world as well as training thousands of people around the world in his own unique creations of “Complete Mind Therapy” – CMT and “Mind Emotion Liberation Techniques” MELT as well as Conventional Hypnotherapy.

Check out this link:

Well I think that It’s a great idea by Phil Steele, but I also realize that some people for whatever reason may not be able to currently attend a live event and so I want to share this VIRTUAL ONLINE TREATMENT SESSION:

You can also find the video above directly on the THERAPY PAGE of my website (Near the bottom) at this link:

WARNING = Anyone who is currently taking any form of Medications should continue to do so until a Medical GP has advised you otherwise, and also anyone who is depressed and/or suicidal who is not currently seeing a Medical GP is advised to consult with one as a matter of priority.

(Including FREE Copies of my “The Perfect You” Self-Help Book and the “Life Changes” Self-Help Audio. 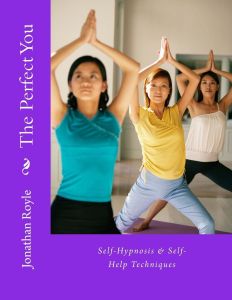 PLEASE DO SHARE THIS PAGE WITH EVERYBODY YOU KNOW..

And for therapists who would like to get involved in the Campaign check out this:

And then as a Mind Therapist wanting to get involved and help the Campaign you’d then be wise to join the Group here:

FOR THOSE WANTING TO BECOME PROFESSIONAL HYPNOTHERAPISTS:

AND HERE ARE WHAT SOME OTHER OF OUR PAST STUDENTS HAVE TO SAY: