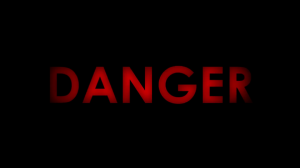 It’s True to State (and most Comedy Stage Hypnotists and Hypnotic Entertainers won’t admit this) that there are MANY very REAL DANGERS involved in performing a Stage Hypnotism Show or a demonstration of Street Hypnosis.

Despite the fact a Home Office Investigation found NO LINK WHATSOEVER between Hypnosis and her death it did not stop her mother Margaret Harper setting up “The Campaign Against Stage Hypnotists” and trying to get Hypnosis Shows BANNED whilst getting much “Negative” Media Coverage about Hypnosis in the process.

I explain more about C.A.S.H. and this case in this short video of me when I appeared as an Expert Guest on British Television’s Morning Breakfast Show GMTV back in January 1994:

And that same morning they had me back on the sofa another time during the show to discuss matters as per:

As you can see from those video clips I have been trying to make the truth about Stage Hypnosis known on a high profile level since January 1994, some 25 Years and 9 months to date.

Sadly some Vindictive Jealous Hypnotists in the industry tried to FALSELY make out that it was me who in the 90’s caused harm to the UK Stage Hypnosis Industry, as you can see from the above THAT WAS NOT & IS NOT THE CASE.

And as for any Outrageous Publicity Stunts I pulled over the years they were are STAGED & FABRICATED FOR PUBLICITY and thus used STOOGES and PAID MODELS & ACTRESSES.

All is explained here http://www.magicalguru.com/television-media-hypnotist/ or on one of the many other pages on my website, the BOTTOM LINE BEING that nobody was ever in any danger during any of my shows. 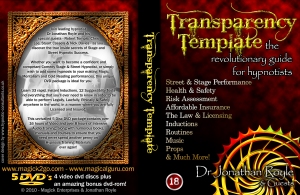 IRONICALLY – Several of those so called “Professional Hypnotists” who over the years have made DEFAMATORY & UNTRUE comments about me and tried to make out I was the cause of the Media Witch Hunt on Stage Hypnosis in the 90’s have HAD SERIOUS ACCIDENTS DURING THEIR SHOWS.

I will not mention any names as I do not wish to give them the Oxygen of Publicity they crave so much, but suffice to say at least one of the main culprits who slags off other Stage Hypnotists has had NUMEROUS ACCIDENTS during his shows including someone FALLING OFF STAGE AND INJURING THEMSELVES….

They have had the audacity to criticize me (and many others) in the past and yet NOBODY has ever suffered any injury’s during any of my shows that I have done during the past 30 years.

Likely that is because I have always followed the kind of DUTY OF CARE and also HEALTH & SAFETY training that is taught in the TRANSPARENCY TEMPLATE more details of which follow below.

These kinds of people are also the ones who have LIED REGULARLY & tried to make out that I am some kind of Criminal with Numerous Criminal Convictions when in fact the truth (with evidence galore in my favor) is all laid out on my extensive Expose Blog page at www.circusofthemind.net

These are the kinds of people who criticize”Adults Only” style or Sexual Themed Hypnosis Shows and yet at least some of them can be probably shown to have used EXACTLY THE SAME ROUTINES in their shows for many years, just because they don’t now does not stop the fact it makes them a Hypocrite.

HOWEVER sadly along the way I discovered through my Research that there are VERY MANY VERY REAL DANGERS with both Stage Hypnosis Shows and Street Hypnotism and that is why I spent years doing Research on the POTENTIAL DANGERS and also ways to MINIMIZE ANY RISK AND THUS MAKE THINGS AS SAFE AS THEY POSSIBLY CAN BE.

This led to early 2010 when along with my Colleagues and Fellow Hypnotists Robert Temple, Chris Lee, Stuart Cassels and Nick Davies we put together THE TRANSPARENCY TEMPLATE in a quest to help make the world of Stage Hypnosis and Street Hypnotism AS SAFE & LEGAL AS IT POSSIBLY CAN BE ON ALL LEVELS.

The Promotional Trailer for that video training set is here:

Shortly after that I also released a book on Amazon entitled

Within that book with the help of an experienced Health and Safety Officer we also covered how to prepare RISK ASSESSMENTS & SAFETY MANAGEMENT PLANS for Comedy Stage Hypnotists & Street Hypnotists to thus further help avoid any situations of potential EXTREME DANGER EXTREME STAGE HYPNOSIS or STREET HYPNOTISM.

Without a doubt THE TRANSPARENCY TEMPLATE is the most comprehensive SAFETY FOR ENTERTAINMENT HYPNOTISTS training and resource package that anyone has ever released in any format anywhere in the world ever as is illustrated by the details on the blog page here from 2014:

For the record this short video shows one way that NEGLIGENCE could have killed someone through Hypnosis given how Serious head Injury’s can be:

Fortunately it seems this young girl was OK, but as I detail (with witnesses and evidence) in THE TRANSPARENCY TEMPLATE I have witnessed someone nearly fall to their potential death by dropping to the floor into a HYPNOTIC TRANCE and hitting their head with a massive bang at The Ruskin Hotel during Blackpool Magic Convention some years ago.

FORTUNATELY for the INNOCENT victim of the inexperienced, UNLICENSED, INCOMPETENT and UNINSURED Street Hypnotist, Such activity was brought to my attention in time and WE SAVED THE PERSON by getting them out of Hypnosis and then having strong words with the guilty party who had given the suggestion that the person would drop back into trance when ANYONE told them to sleep which meant they could have dropped to the floor like a sack of spuds (as they had already been seen doing inside) and hit their head on the concrete quite possibly leading to DEATH.

That is just one example of why a SAFETY TRAINING PACKAGE like the TRANSPARENCY TEMPLATE was and is needed and should be studied by all NEW and also all Existing Comedy Stage Hypnotist, Street Hypnotists and indeed anyone such as Magicians and Mentalists who use any level of Hypnosis or Suggestion within their work.

FRANKLY TO NOT STUDY SUCH IS ARGUABLY INCOMPETENCE ON YOUR PART AS THE HYPNOTIST as I can 100% GUARANTEE that you will Learn Tons of SAFETY elements that nobody else has ever taught you.

Yes it’s true Justin James in USA set up “Safe on stage” and it has an online Safety Training for Stage Hypnotists BUT SERIOUSLY and with the greatest of Respect it does not even Scrape the Surface of the Potential Dangers that could occur during a Stage Hypnosis Show or Street Hypnosis Demo.

THE TRANSPARENCY TEMPLATE is Head and Shoulders above anything else ever offered by anyone anywhere in the world at anytime and the reviews below speak for themselves, these being from ESTABLISHED EXPERIENCED HYPNOSIS ENTERTAINERS.

BOTTOM LINE = If you do or intend to do any form of Hypnosis for Entertainment THEN YOU OWE IT TO YOURSELF AND THE SAFETY OF YOUR VOLUNTEERS TO STUDY THIS SET and to be honest even Hypnotherapists who intend to do Group Hypnotherapy Sessions or Public Demonstrations to attract more clients would be wise to study it also.

EXCITING NEWS = The Package has now been UPDATED & EXPANDED with additional training materials and resources and is now available to stream online or download from VIMEO ON DEMAND from this link:

And at just around £77.92 for the package not only does it now CONTAIN MORE training videos but also it is slightly cheaper than it was before. 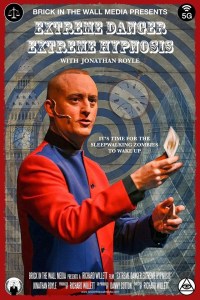 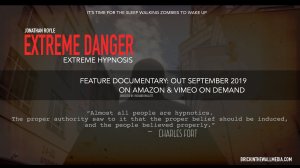