Mr Hide, Mr Alford and Mr Smith all sustained convictions as a result of separate ‘sting’ operations by Mazher Mahmood, “The Fake Sheikh”.

All three men received disclosure packs from the CPS thanks to comments made by the Recorder of Southwark, HHJ McCreath, in July 2014, and have now applied to the CCRC (Criminal Case Review Commission) to have these convictions reviewed and referred to the Court of Appeal.

All of them are being represented by British Super Lawyer Siobhain Egan of Lewis Nedas Law – http://lewisnedas.co.uk/

If you have also been affected by this issue, or have received a similar disclosure pack from the CPS, you would be wise to contact Siobhain Egan at Lewis Nedas Law, who is currently working with Mark Lewis of Taylor Hampton Solicitors (dealing with relevant civil claims), by telephone on 0207 387 2032 or complete their online enquiry form here: http://lewisnedas.co.uk/Contact-Us/contact.html

NOTE = In relation to Alex William Smith aka Jonathan Royle some brief details of how he attempted to expose Mazher Mahmoods disregard for the truth almost 17 years ago now along with some other relevant information can be seen at this link:

EXPOSED: One of the World’s Most Dishonest & Dodgy Journalists…. 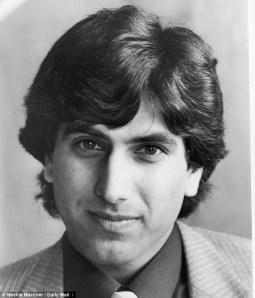 Formerly of the Now Shut down (and shamed) News of the World, and more recently of the UK National Newspaper “The Sun on Sunday” This 30 Minute Programme entitled “Panorama – The Fake Sheik Exposed” reveals SOME OF THE TRUTH about DISHONEST Undercover Journalist Mazher Mahmood.

FOR THOSE OUTSIDE ENGLAND = If you are outside England you may need a spoof ISP to give the impression you are in UK to watch this. Sites explaining how to do this are located here – http://tinyurl.com/nv9pk86

I personally know people who have been paid money by Mazher Mahmood to help entrap people ILLEGALLY and also I personally engineered a plot to EXPOSE HIM and his arguably ILLEGAL and certainly unethical and immoral Techniques, which did result in it being acknowledged in the Crown Court that I HAD SET UP A STING ON HIM in an attempt to expose his Dishonest and often arguably Illegal Techniques…

Indeed I published many of the facts about this in my autobiography which has been on worldwide sale for years, and this book when published was featured in the major respectable National UK Media and also in some International Media.

THE NAKED TRUTH ABOUT ALEX SMITH aka JONATHAN ROYLE

You can discover more about the REAL TRUTH behind all the bullshit my jealous competitors and certain vindictive idiots post about me on the internet here:

REMEMBER THE NEW’S OF THE WORLD CLOSED DOWN AFTER BEING SHAMED FOR PHONE HACKING AND OTHER ILLEGAL TECHNIQUES….

Believe me that was just the tip of the iceberg…..

I’m just glad that slowly but surely the truth is finally coming out, and all thanks to Tulisa Contostavlos and the court case against here falling apart EXPOSING THE VERY REAL FACT that Mazher Mahmood had lied and frankly engineered the whole untrue situation.

I can honestly state that my own experience with Mazher Mahmood was such that he not only lied in his statement to the Police, but also he messed with a certain piece of evidence involved in the case.

It was certainly his intention to engineer a perceptively negative story about me and entice me into breaking the law by any means possible including those that are certainly unethical and immoral and those which arguably should be illegal if they are not already!

If you’ve not already taken a look, more information can be seen here:

Finally the time is fast approaching when the truth will come out on a level that will be truly noticed….

Almost 17 years ago I set out to illustrate Mazher Mahmoods and other Journalists apparent disregard for the truth, reality and facts and indeed my attempts to do so were acknowledged in the Crown Court as illustrated at the previous link, now almost 17 years later Real Justice may finally be done. 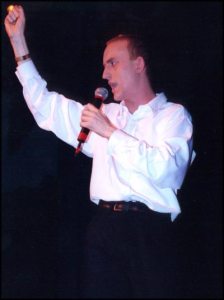