Yesterday early evening I heard the bad news that my friend and magical mentor Jack Griggs passed away aged 82 on Sunday the 6th January 2019.

Many will know Jack edited the IBM – International  Brotherhood of Magicians British Ring Magazine The Budget for many years.

He also released many magical tricks through Izani Henley, Supreme Magic Company and other Magical Dealers.

He wrote many articles for Magigram, The Budget and Abra as well as many other Magical Magazines and Publications over the years.

A talented painter and artist, he also illustrated Magical Books for other authors.

A life member and Former President of the 3rd oldest magical club in England The Order of the Magi in Manchester he was known and loved by many.

But to me he was a father figure, a mentor and A true friend.

He saw my first Psychic Q & A Cold Reading Clairvoyance Style show when I
was just 15ish..

He introduced me onto stage for one of my first Hypnosis shows..

He came and watched me performing Magic Acts or Shows on many occasions.

He taught me tons about Magic and remained my true friend and adviser even when I did silly things which he did not approve of.

Sadly he lost his wife Francis to dementia a few years ago..

At least now they can be together again.

I also remember so clearly how he kindly took me to my first Blackpool Magic Convention Circa 1988 when I was still just 12 years of age!

And how he smuggled me into almost every meeting at the Order of Magi when they had no junior section and were still situated at the Old Post Office Club in Manchester.

And of course in my mid teens, when he had taken early retirement from a Successful Career in the Police Force, how I used to skip various lessons from School and spend
many an afternoon at Jack’s House discussing Magic and being taught new tricks.

I know he helped and advised many others along the way too..

His funeral is next Wednesday 16th January 2019 at 10am in Blakely,
Greater Manchester at Blackley Crematorium.

I shall of course be there and now I just need to get a Magic Wand so that out
of respect I can do a broken want ceremony for my friend Jack..

Continue the Magic up above my friend..

Until we meet again..

Thanks for everything. xx

The Funeral will take place at 10am on Wednesday 16th January 2019.

Afterwards there will be a reception at Hopwood Unionist Club, Manchester Road, Heywood OL10 2AP

Formerly of Lancs County & GMP. After service in the RAF he joined Lancs County and was a Sergeant at Heywood. After the 1974 Amalgamation he was eventually promoted to Inspector and posted to Collyhurst, from where he retired in that rank in 1992. 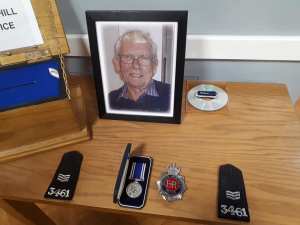 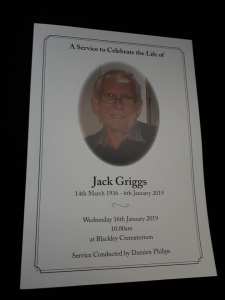 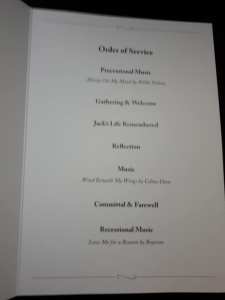 Alex William Smith aka Alex-Leroy aka Jonathan Royle getting ready to perform the Broken Wand Ceremony at Jack Griggs day of rememberance. 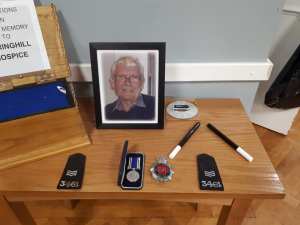 After the Broken Wand Ceremony the Wand joins other important Symbols of Jack Griggs Life & career. 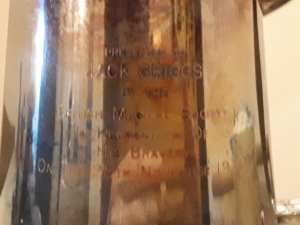 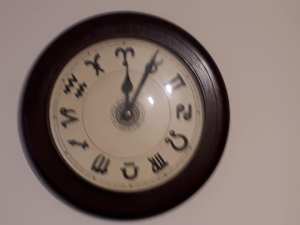 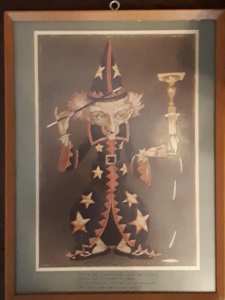 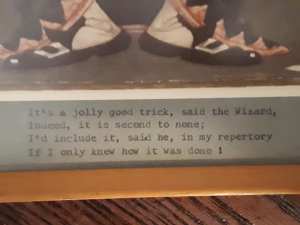 NOTE = The Nine Pictures Above show the FIVE items that were kindly passed onto me by Jacks Family and which are now all proudly displayed in my home.

**The top picture is an Abra Magic Magazine Article which explains the “Bravery” award (the Silver Plated Tankard) that Jack was awarded by The British Magical Society.

**Jack was made a Fellow of the Order of the Magi in 1987  which is when I was aged 12 and just before the first time that I met Jack.

**The first time I ever went to Jacks house back in 1987 the first thing I saw was the Jeff McBride Magic Symposium Print on the wall in his living room.

**Then Shortly after I noticed the Magic Circle Wooden Clock.

**I’m proud to say that they are all now prominently displayed in my home along with the “Wizard” print which reminds me somewhat of Paul Daniels another part of my Magical History. 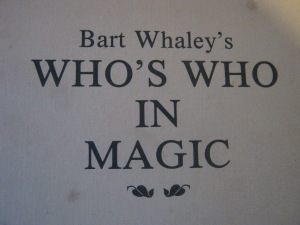 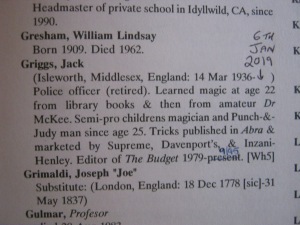 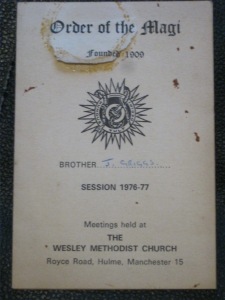 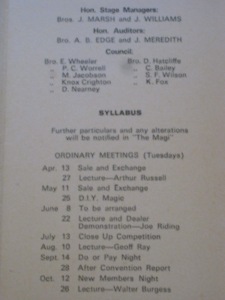 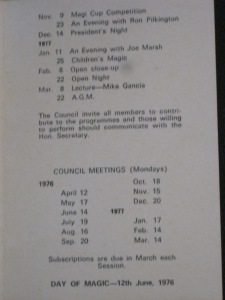