The Original Marmite Hypnotist (You Either Love Him or Hate Him) Mind Control Hypnosis Expert Jonathan Royle uses Hypnotherapy Techniques so that you Don’t Hate Marmite You Love it Instead.

MARMITE – YOU DON’T HATE IT YOU LOVE IT…

I notice Marmite are currently running a promotion stating that people who HATE Marmite can be Hypnotized to LOVE it..

The Original Marmite Hypnotist Jonathan Royle You don’t hate him you LOVE him just like Marmite which you don’t Hate it you LOVE it especially after Marmite Hypnosis Mind Control Hypnotism,

Well of course they can, indeed I was doing such in some of my Live Comedy Stage Hypnosis Shows back in the 90’s at around the same time as I was making people eat onions thinking they were juicy delicious apples and others to eat dog food thinking it was Jelly and Ice Cream.

Anyhow the truth is that back in 2012 Hypnotist & Mind Control Master Derren Brown became the first Hypnotist ever used in a Marmite advertising campaign when his facial image (see image below) was beamed onto a display on Oxford Street in London.

The Original Marmite Hypnotist Derren Brown You don’t hate him you LOVE him just like Marmite which you don’t Hate it you LOVE it especially after Marmite Hypnosis Mind Control Hypnotism,

I became the SECOND Hypnotist (First after Derren Brown) used in a Marmite campaign (see picture below) when my face was beamed onto their display on Oxford Street in London in late 2012. 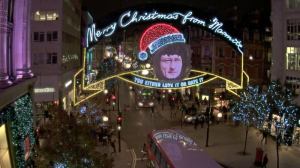 The Original Marmite Hypnotist Jonathan Royle You don’t hate him you LOVE him just like Marmite which you don’t Hate it you LOVE it especially after Marmite Hypnosis Mind Control Hypnotism,

Seems they could not afford either of us for their latest campaign currently running on British Television and in Media as per:

Anyhow Congratulations to Rory Z Fulcher – Hypnotist for being more affordable and landing the gig to do what many of us having been doing for decades.

E.g. there is NO challenge when Hypnotized by a truly skilled Hypnotist.

YOU WILL DO WHAT YOU ARE TOLD BY A POWERFUL SKILLED HYPNOTIST.

As many already know numerous famous names in the industry have dubbed me “the Marmite Hypnotist” for many many years (fast approaching 30 years) both because I love Marmite and also because as a Hypnotist you either “Love me or Hate me!”

Indeed I got a text message today saying You (me) are the original Marmite Hypnotist..

If you like Marmite and want some serious laughs Book the Original Marmite Hypnotist as per – http://www.magicalguru.com/hypnosis-shows/

If at the moment of finding this web-page you HATE MARMITE and would like to use Hypnosis so that you then LOVE MARMITE then check out the video below with a virtual online Hypnosis Session with myself Jonathan Royle and my fellow Hypnotist Robert Temple.

Before You experience the session below why not make a short video showing
how much you have previously hated Marmite and post in on Social Media mentioning that you are about to give Marmite Hypnosis with Jonathan Royle Hypnotist a serious chance.

Then watch the video below and when I speak about creating images of the past on the Television Screen just imagine yourself as you once were in the past a former Hater of Marmite who really did not like it at all and then follow the instructions to positively destroy all of those feelings, thoughts, emotions and negative ideas that in the past used to stop you enjoying Marmite.

And then when asked with the Magic Mirror for example to think of the Future imagine yourself truly Enjoying and Loving Marmite, see images of yourself whereby each and everyone of your thoughts, ideas, memories and emotions are all POSITIVE & LOVING when thinking about and eating your now great favorite Marmite.

NOTE = Should you wish to use the video session to overcome any Habits, Addictions, Fears Phobias or other issues, then you would be wise to purchase a copy of the
53 minute back up Audio MP3 Recording and to listen to it once a day, every day for the next 28 days to ensure 100% Success in achieving your desired outcomes.

DISCOUNT = You can grab a 50% discount off the normal price by entering the discount voucher code in block capital letters of WIZARD into the checkout in our online store located here – https://sellfy.com/p/oyN7/

Then go prove to yourself how wonderfully you have used your powers of intelligence, imagination & concentration and go eat some Marmite on toast, bread or crackers and
notice how wonderfully and positively you enjoy each and every mouthful as you get a friend to video you now enjoying Marmite and then feel the overwhelming desire to post
that video on You-Tube and Social Media under the title:

And please do of course tag me on my various Social Media details of which can all be found on my official website which is located here:

When it comes to Real MIND CONTROL & BRAINWASHING this is something that Hypnotist Jonathan Royle is a World Class Leading Expert on as illustrated in his new Feature Film Documentary entitled:

Full details of this Eye Opening Mind Control Expose Documentary and the book which accompanies it can be found at this link: 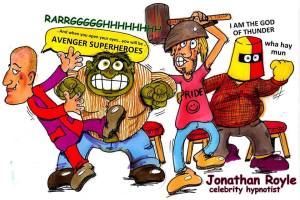 Check out the Four Links Below for HOT NEW VIDEO COURSES Covering all areas of NLP, Hypnotherapy, Reiki, Mentalism, Mind Magic, Stage-Hypnosis, Body Language and a whole bunch of other areas besides.

All from True Experts in their fields and all MEGA DISCOUNTED for a Limited Time Only to Launch our New Vimeo Store here: 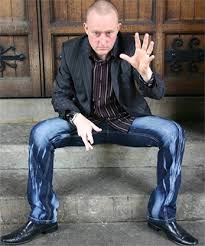