THE SPEAKMAN’S – The Celebrity Mind Therapists and Stars of the daytime ITV show get a lot more than they bargained for when they bump into my Dad on Bury Market!

Remember you need to keep breathing to stay alive!

For Further entertainment, be sure to Look out for their New One Hour TV Show “The Speakmans” on ITV Starting Monday 14th July, Every day at 2pm to 3pm (Monday to Friday) for four weeks (20 episodes).

As you can see from the image below, in my birth name of Alex William Smith I was one of the First People to ever be Certified in their approach of Visual Coding Displacement Therapy (VCDT) and to this day am still only one of a handful of people in the World who have been Personally taught their Treatment Approaches and Strategies…

However Before you Spend a Fortune on coming to see me or indeed any other VCDT
Certified Therapist, you may find that the 100% FREE ONLINE VIRTUAL TREATMENT SESSION that I have put together to help “Cure The World” of its problems may be enough to help you…

And to that end check out the 90 Minute Video Treatment Session you  can take part in at
http://www.freehypnosisevent.com

Complete Mind Therapy, which was devised, originated and developed by myself Dr. Jonathan Royle is now being used by therapists all over the world with great success, indeed the main elements of its approach were used (with my permission)   by The Speakmans to make their “The Key To Your Mind” Audio Home Treatment CD as per:

My Original Version of the Non Specific (One Recording Solves Most Issues)
Complete Mind Therapy can be participated in and experienced at no cost….

For those of you who would like to participate in (and benefit from) a virtual home treatment video session, based on my unique approach of “Complete Mind Therapy” you can do so right now (just set aside 90 minutes of your time) at this link:

But please remember that a virtual session can never be as powerful or personally tailored and targeted to your personal circumstances as seeing a therapist, like myself on a personal one to one basis.

Combined together my approaches of “Mind Emotion Liberation Techniques” and “Complete Mind Therapy” have been consistently shown to be able to help most any person, with most any issue, habit, addiction, fear or phobia or indeed anything you can think of from A thru to Z within a single 60 to 90 minute treatment session!

Although I am a Certified Practitioner of “Visual Coding Displacement Therapy” (VCDT) in the past couple of years I have developed my own (in my opinion and experience) even more Powerful and Life Changing Psychological Treatment Strategies!

or it can also stand for: 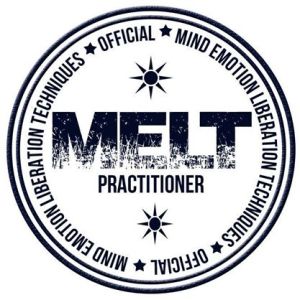 Anyhow as I say, watch their Series Every day at 2pm to 3pm and then, If your impressed and like what you see (and I’m sure you will be) then be sure to check out my new Therapy approach of M.E.L.T (Mind Emotion Liberation Techniques) which in my opinion and experience as one of only a few officially Certified VCDT (Visual Coding Displacement Therapy) Practitioners, is an even more consistently effective and powerful life changing treatment approach.

For those with Weight Management Issues, I will also where appropriate use my approach of “Virtual Gastric Band Hypnosis” – The Complete Mind Therapy Approach to help my clients to change their lives for the better.

For those who may prefer to help themselves in the comfort of their own home, in that regard I would recommend that you obtain a copy of what is arguably the Worlds Most
Comprehensive Self-Help Book entitled:

For the therapists amongst you, you now have the chance to learn and become Certified in my Unique Approaches, full details of which can be found here:

Now whilst we are obviously not legally, ethically or morally allowed to teach you “Visual Coding Displacement Therapy” – VCDT or The Speakmans “Schema Conditioning Psychotherapy”, both of which are Patented and may only be taught (at this time) by Nik and Eva Speakman Themselves through their Speakmans Institute of Schema Conditioning Psychotherapy, what we can do however is teach you so well in numerous other cutting edge psychological treatment techniques, that you will automatically then be able to observe what ANY and we do mean ANY other NLP or Hypnotic Style Mind Therapist does and then be instantly able to do it the same way and get the same results yourself.

This is because we teach you the real building blocks of all psychological treatment methods, and once you fully understand all of these building blocks then you need never take any other form of training ever again, as you’ll be able to combine the blocks together in whatever pattern/order is needed for each individual client to suit their needs 100%.

It also means you’ll not only be able to duplicate anything any other NLP or Hypnotic Style therapist does or has done, but in fact means you will most likely be more successful than them doing it, as ironically you will likely end up knowing more about it and understanding how and why it all works better than the vast majority of so called “experts”

Incidentally amongst one of the numerous different video training sets within that bumper package at the above link, is my “Ultimate Change Seminar” which took place some years back in London and during which you will see Nik and Eva Speakman make a short Suprise Appearance as they turned up unexpectedly at the event with a Birthday Cake and Present for me (it was my birthday the day they surprised me) and in their own usual inimitable way brought a touch of Speakman Magic to my day!

WHY NOT BRING ONE OF MY LIVE TRAINING EVENTS
TO YOUR AREA AND MAKE YOURSELF SOME MONEY
AT THE SAME TIME?

For those of you who would prefer to train with me in person, why don’t you make yourself some money by becoming my Joint Venture Partner and promoting one of my UNIQUE and unrivaled training events in your Area or Country as explained at:

As You’ll See by way of the Video and Written testimonials at the links on this page, I have trained, consulted, coached, helped and/or advised arguably more people around the world who now are Successful Therapists and Hypnotists than any other teacher, and that includes many people who are now Famous Media and Household Names in their own Country’s.

All of our courses are approved and endorsed by The Mindcare Organization Ltd (UK), Personal Development Associates (USA), The NLP Association (UK) and The Neuro Linguistic Programming Practitioners Association (UK) amongst other reputable bodies.

Seriously if you want to become a Successful Therapy Practitioner then you would be wise to check out all of the links above on this page and then to contact me directly via http://www.magicalguru.com

That also is the link to use to contact me if you’d like to arrange a personal one to one treatment session with myself or one of my experienced colleagues.

I just thought, what a strange co-incidence it is that the Two Fastest Rising names in
the Celebrity and Media World of Psychological Treatment (The Speakmans) live at
Stubley Old Hall in Littleborough on the outskirts of Rochdale, and arguably one of
the Worlds Leading Trainers of NLP, Hypnotherapists, Complete Mind Therapists and
M.E.L.T Practitioners (thats me Jonathan Royle) lives just a few miles down the
road from them in Rochdale.

It is as they say both a Small World and A Strange World At Times!

And You Can Find Me On Facebook at: https://www.facebook.com/jonathan.royle

UPCOMING SHOWS FROM THE SPEAKMAN’S ON ITV WILL INCLUDE:

For the therapists amongst you, you now have the chance to learn and become Certified in my Unique Approaches, full details of which can be found here: